A cheery midsummer classic and perennial collector’s dream, Hemerocallis (hem-er-oh-KAL-iss), or daylily, are exceptional summer bloomers offering endless variety with thousands of hybrids available. While not true lilies, daylilies, of the subfamily Hemerocallidoideae, do produce similarly showy blooms, with their flowers typically lasting about a day, opening in the early morning, and withering the following evening as their name suggests. Native to areas of China, Japan, Korea, and eastern Russia, daylilies produce clumps of distinct green fans of arching strap-like green leaves emerging from the white crown portion of the plant, beneath which Hemerocallis produce a fibrous root system, sometimes with fleshy tubers for additional water and nutrient storage.

Blooming throughout the summer, Hemerocallis produce numerous tall scapes loaded with often fragrant blooms, collectively called peduncles, typically reaching 24-48” high with numerous buds blooming in succession, providing continuous fresh color as older blooms fade. Daylily flowers consist of three petals and three petal-like sepals collectively referred to as tepals. Hemerocallis range in size from only 12” tall and wide to well over 24” round, with flowers only an inch or two across to nearly eight inches wide and will perform best when deadheaded after blooming to prevent seed formation, keep plants looking fresh, and encourage reblooming. Daylilies can be found in nearly ever color and size, from the classic smaller ‘Stella D’Oro’ with golden yellow blooms, the moderately sized ‘Raspberry Pixie’ with beautiful deep pink blooms with yellow centers, and the large, fragrant cream, burgundy, and yellow blooms of ‘Stormy Skye’ among countless other cultivars to choose from.

An incredibly hardy, long-lived, and low-maintenance perennial, Hemerocallis prefer well-drained soil in areas of full sun but tolerate a wide range of site conditions including poor soil and shadier sites, and are also drought tolerant, rabbit resistant, and are even tolerant of sites near black walnut trees which produce the selectively growth inhibiting chemical juglone. To keep plants performing their best, daylilies should be divided every three to five years in early spring or late summer, giving you even more color to plant around the garden! Fertilize daylilies each spring and early summer with a bloom boosting fertilizer such as Espoma Flower Tone and treat with a deer repellent such as Bonide Repels All if you are concerned that your blooms may become someone else’s buffet! 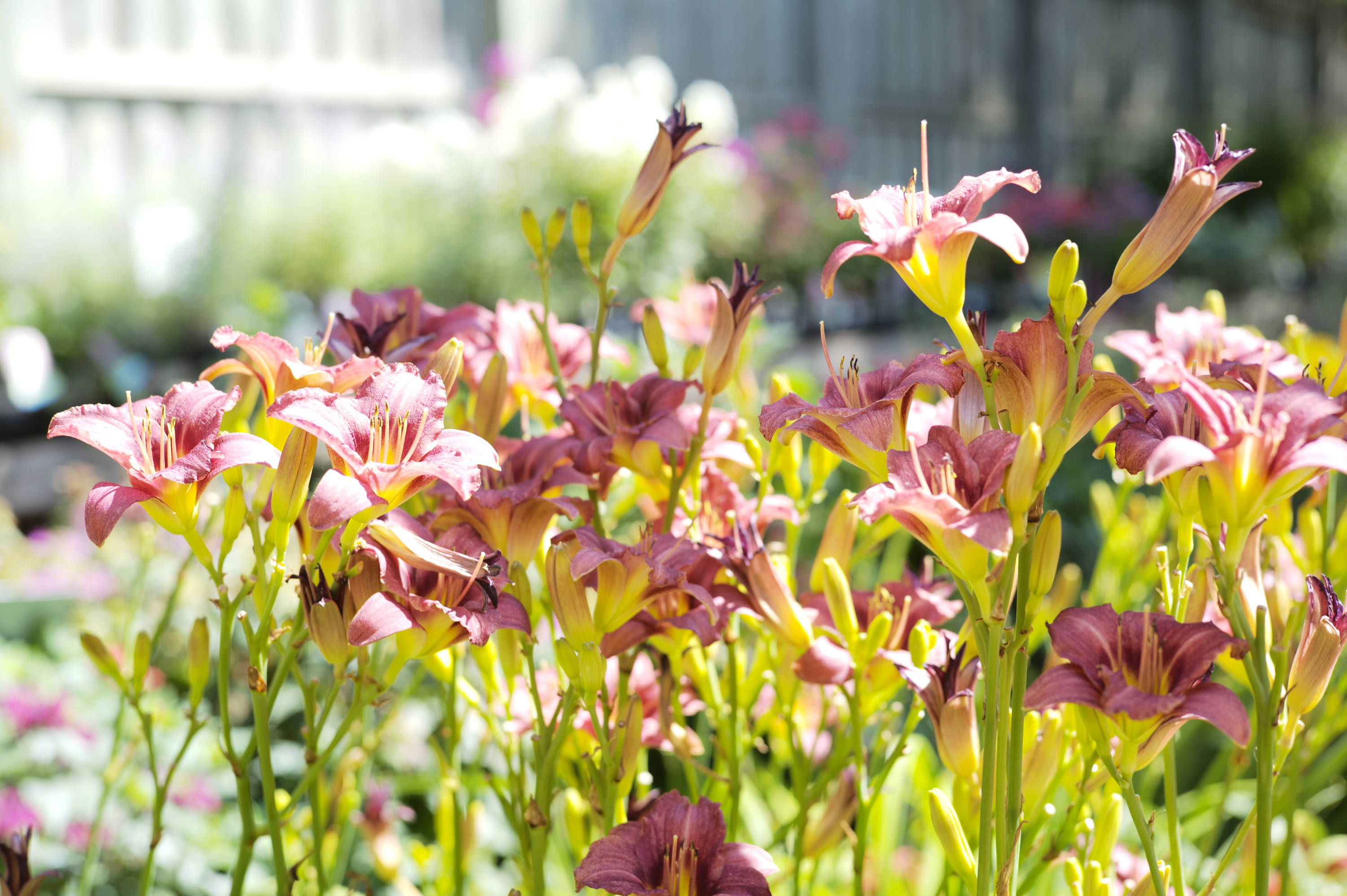