A breathtaking perennial classic, Russian Sage is a durable and carefree plant perfect for adding structure and long-lasting late season color in the garden, performing beautifully in the back of the border, in foundation plantings, and stunning when mass planted or used as a tall border or hedge. Perovskia atriplicifolia (pe-ROF-ski-ah a-tri-pli-si-FO-li-ah), also known as Russian Sage, is a unique semi-woody deciduous subshrub, producing new herbaceous growth from a woody base each spring and flowering only on new growth, though remaining upright through the winter months for multi-season interest.

Native to regions of central and southwestern Asia, Russian Sage is the perfect selection for low maintenance, stress-free gardening, with exceptional drought tolerance, resistance to animal feeding, tolerance to road salt, and generally few pest or disease concerns. A member of the mint family, Lamiaceae, Perovskia is named after the Imperial Russian General Vasily Perovsky, and while previously of its own genus, is now considered a subgenus of the larger Salviagenus, taxonomically reclassified in 2017 as Salvia yangii, though still typically referred to by its more familiar name Perovskia.

Beginning in mid-summer, Russian Sage begins to produce long flower panicles of numerous hazy blue buds with attractive purple calyxes to provide color as blooms begin to open in a vibrant lavender blue display throughout mid-summer and into fall, with calyxes persisting to provide colorful interest even after blooms have faded, further extending the long-lasting color and beauty of Russian Sage. Leave stems standing through the winter to protect the woody base and provide winter interest, cutting down to about six inches in early spring before new growth begins to emerge. Deadheading can be performed if desired for appearance but will not encourage additional blooms to be produced. 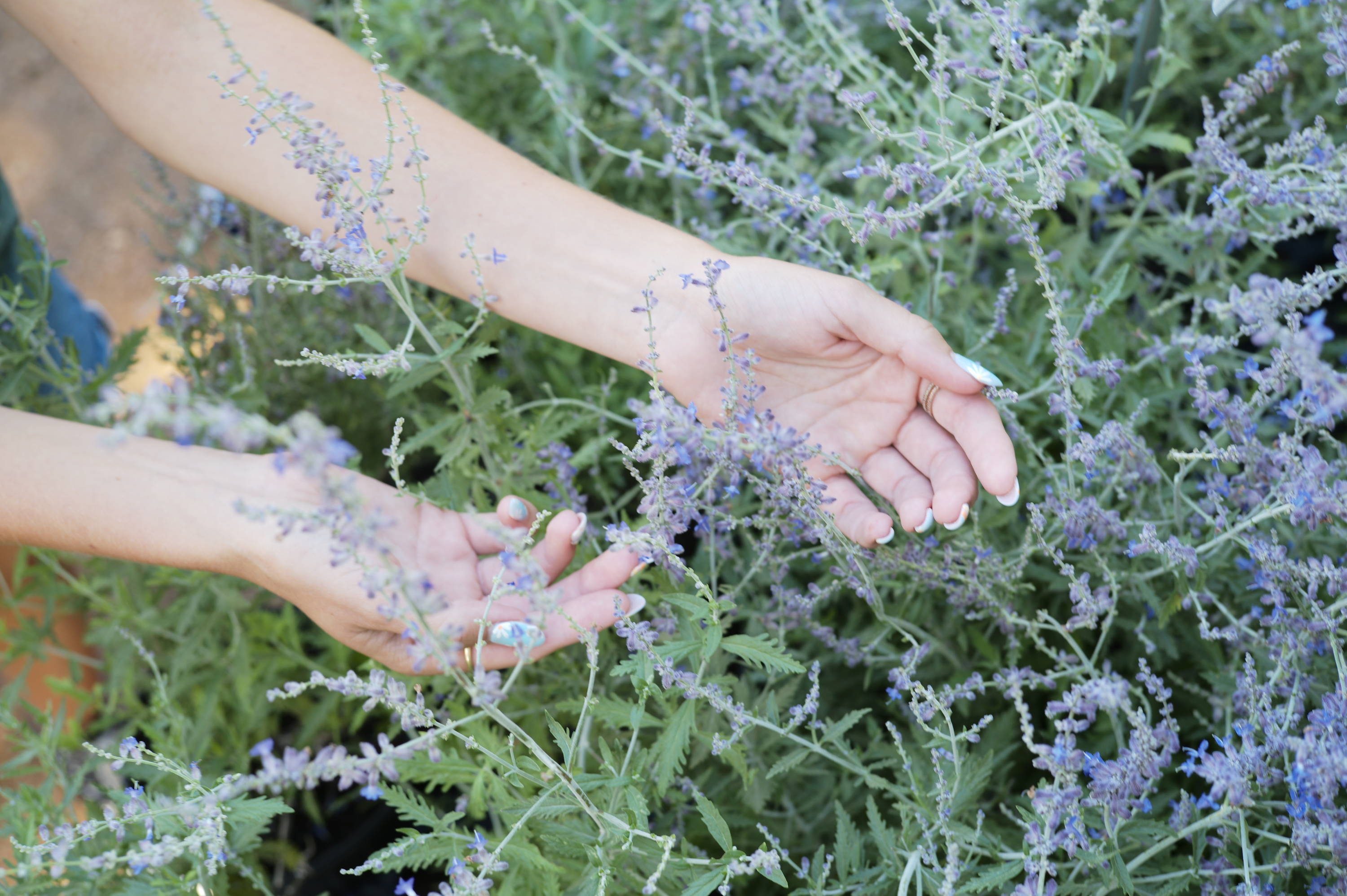