A breathtaking feature of late spring perennial beds, Lupinus (loo-PY-nus) or Lupine (loo-pin), of the legume or pea family, is a showy bloomer that steals the show as it welcomes the many summer blooms to come. Contrary to their name’s origin, based on the historic belief that their flowers depleted all nutrients from the soil like a hunting wolf, Lupine instead fix nitrogen from the air into the soil as they are members of the legume family, making them an excellent plant for improving soil health. Native to areas of North and South America, including Wild Lupine, Lupinus perennis, native right here in Minnesota, Lupine features unique soft green palmately compound foliage comprised of seven to eleven hairy leaflets radiating from the central petiole.

A favorite of pollinators including hummingbirds and blooming from late spring through early summer, Lupine produce multiple dense, colorful flower spikes upwards of eight inches tall providing the garden with stunning swaths of color including the purple-blue blooms of ‘Popsicle Blue,’ the stunning bicolor blue and yellow flowers of ‘Staircase Dark Blue & Yellow,’ and the bright orange flowers of ‘Staircase Orange.’ Regular deadheading of spent blooms can also help extend bloom times of these deer and rabbit resistant plants well into the summer months.

Typically growing up to two feet round or larger depending on variety, Lupine prefer rich, sharp-draining soils including sandy soils high in organic matter, thriving in a wide range of soil pH conditions though preferring slightly acidic soil and tolerating very acidic conditions. Lupine prefer full sun conditions though they will tolerate some light shade, benefitting from protection from especially hot late afternoon sun. A noteworthy addition to any cut flower garden, perennial border, cottage garden or as a mass planting, Lupine are sure to amaze in your garden space. 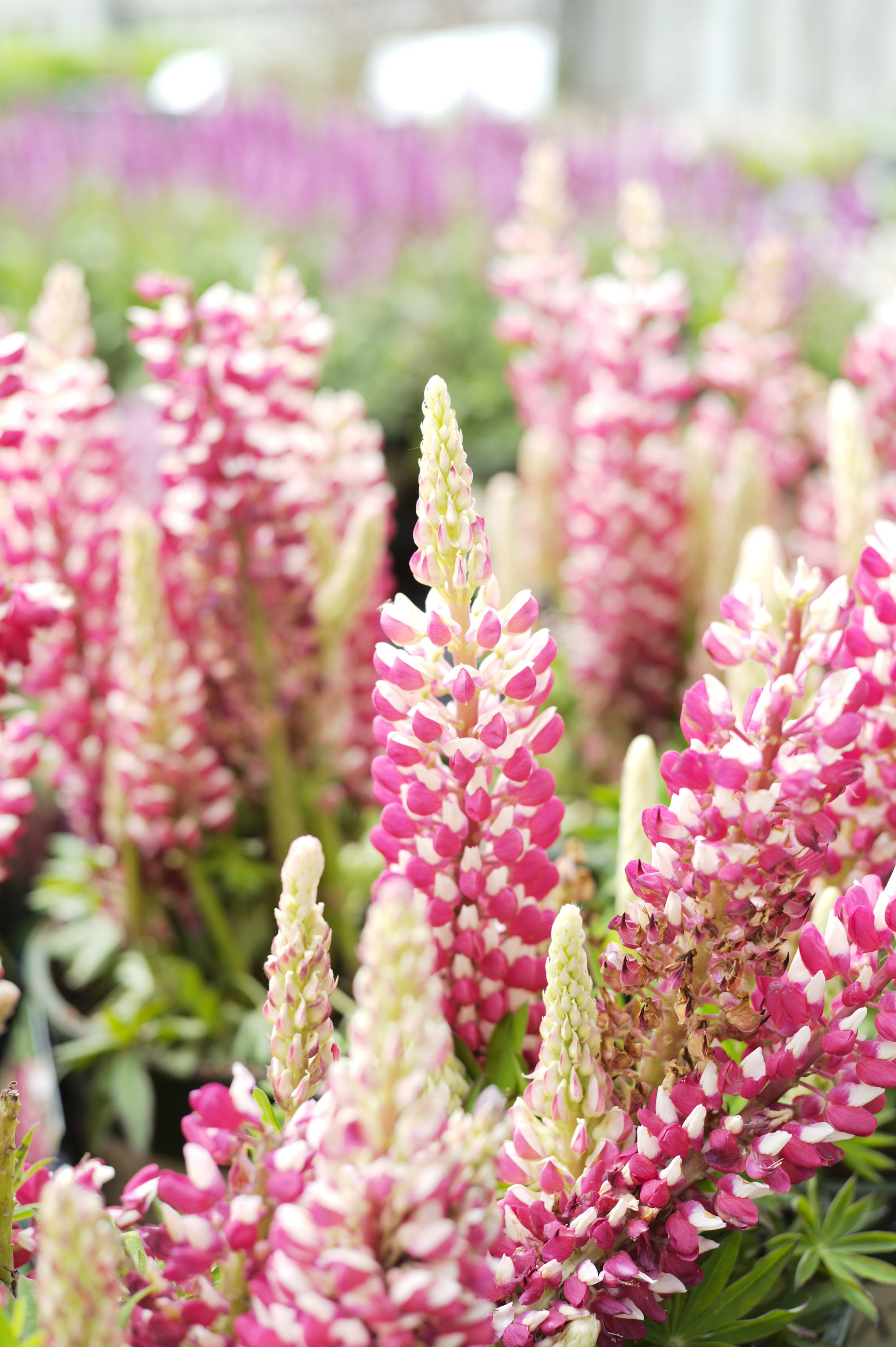