Arguably the most iconic and beloved harbinger of fall, Chrysanthemums are exceptional fall bloomers, blanketed in colorful, long-lasting blooms and right at home alongside hay bales, gourds, and warm apple cider to warm up the crisp fall mornings ahead. While annual garden mums tend to receive the most attention, that same wonderful fall color can be had year after year in the garden with hardy perennial mums.

Blooming from late August through frost, these Chrysanthemum, known interchangeably as Dendranthema, have been selected for their hardiness to our climate, beginning to set bud as daylength decreases in midsummer before putting on a stunning display in the fall. While quite similar in appearance to their garden mum cousins, Chrysanthemum x grandiflorum, hardy mums are a slightly different hybrid species, Chrysanthemum x morifolium, both of the Aster family, Asteraceae.

Typically reaching a mature size of 18-24” tall and 24-30” wide, perennial mums have a dense mounding habit, producing their signature dome-shaped appearance blanketed in blooms along their entire exterior. Though some gardeners may prefer to pinch mums to encourage abundant blooms and a hemispherical appearance, this practice is not needed for modern cultivars, though plants can still be pinched once or twice before early July, if desired, but no later or bloom time will be delayed.

Hardy mums thrive in moist, well-drained soil in areas of full sun, not tolerating standing water and prone to bud drop if allowed to wilt severely, and foliage and blooms are lightly scented and therefore are generally animal resistant. Native to areas of northeastern Europe and east Asia, many wonderful varieties exist including the many colors of the Igloo series, such as the classic orange of ‘Autumn Spice Igloo,’ and cheery, yellow-centered pink blooms of ‘Dainty Pink Igloo.’

Additionally, the University of Minnesota introduced a few series of hardy mums including the Minnesota or “Minn” Series of mums, with classics like ‘Minnruby.’ Another notable Minnesota introduction, the Mammoth series (first released as the ‘My Favorite’ series in the early 2000s) is a larger hybrid of C. x morifolium and the exceptionally hardy C. weyrichii, maturing into large, shrub-like plants that reach three feet tall and four to five feet wide in their third season with numerous massive blooms, including the cheery yellow blooms of ‘Mammoth Yellow Quill,’ and boasting a hardiness down to Zone 3b.

As they can suffer from rot due to excessive winter moisture, leave mums standing until spring to protect their crown and prevent disease, and mulch lightly around the base of the plant after a hard killing frost to prevent the plant’s shallow fibrous root system from potentially heaving out of the ground during freeze-thaw cycles throughout the winter. 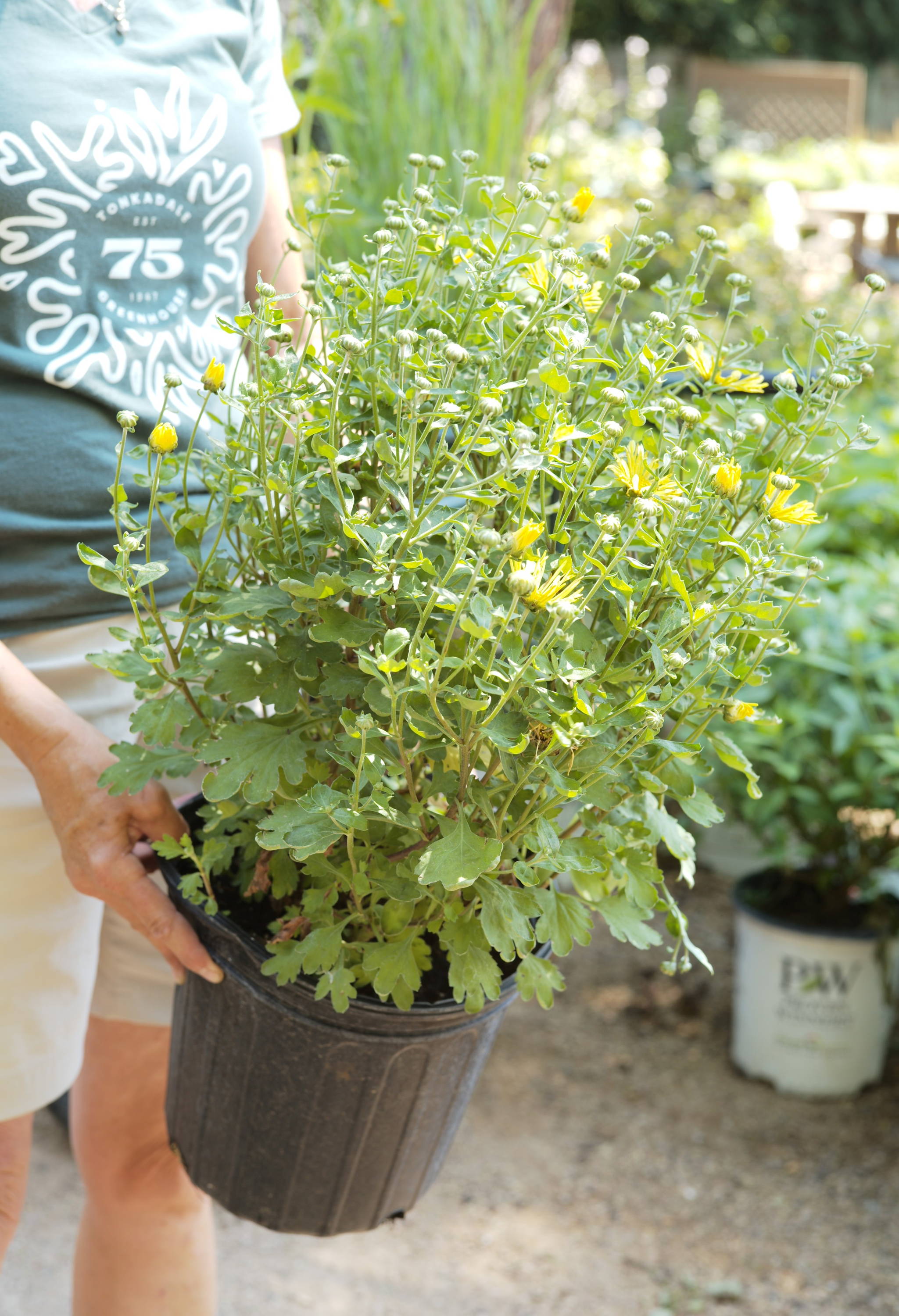