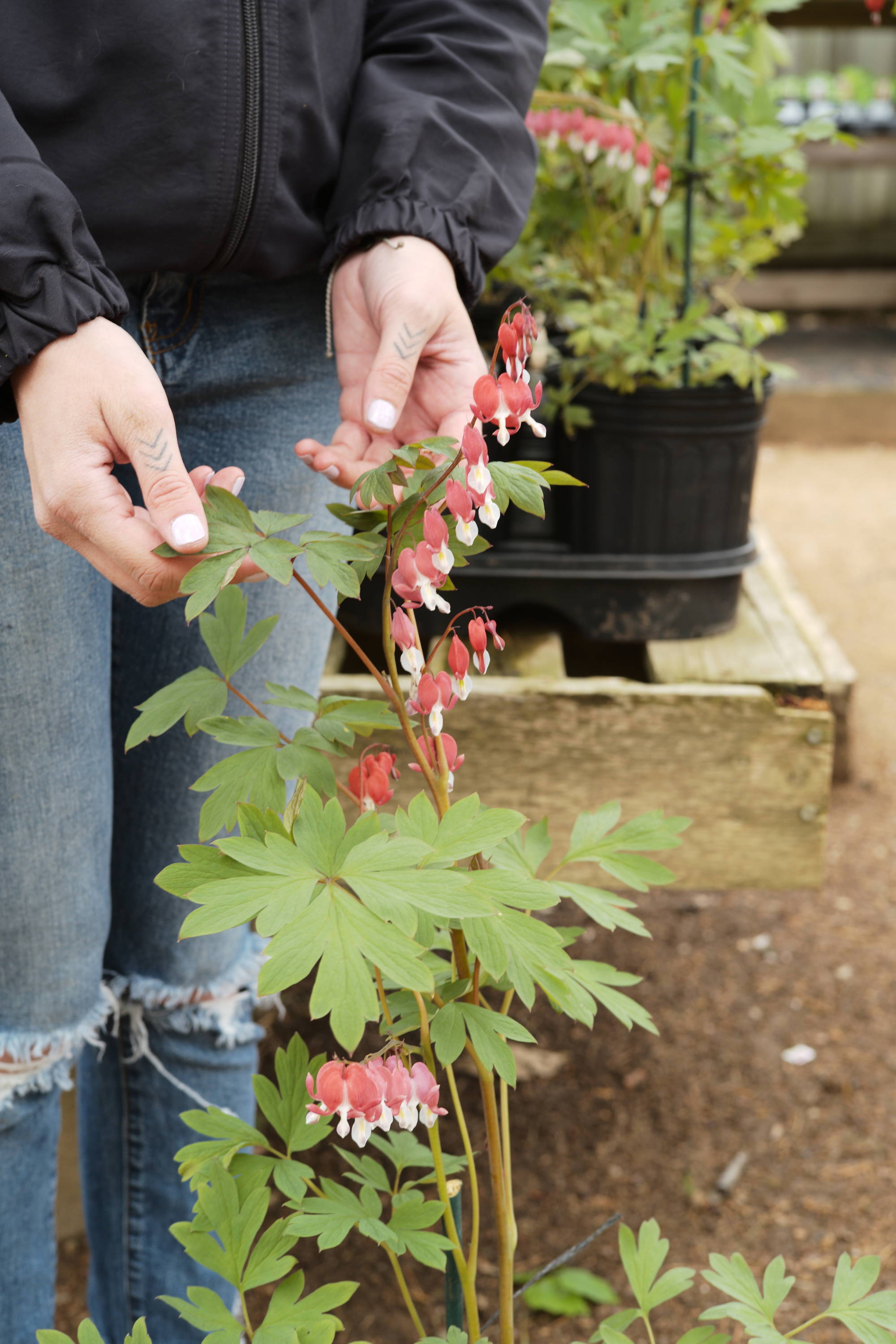 When you are looking for a sweet and delicate plants for your spring perennial garden, we recommend the Lamprocapnos spectabilis, formerly named Dicentra spectabilis. More commonly called Bleeding-Heart, this plant is a member of the Papaveraceae family - the Poppy family.

The Lamprocapnos spectabilis, pronounced lam-pro-CAP-nus spek-TAH-bi-lis, gets its name from the Greek words lampros, which means shining or bright, kapnos, which means smoke and spectabilis which means spectacular. Bleeding Hearts are a bright, shining, spectacular show of flowers emerging from a smoky, soft green foliage just as their name describes.

Bleeding Heart likes evenly moist soil in part-shade to shady conditions. It’s a spring bloomer that mixes well with ferns to hide the yellowing foliage of the plant as it goes into dormancy in the heat of the summer. As if you needed another reason to love these plants, they are also deer and rabbit resistant. The heart-shaped blooms of the Bleeding-Heart dance on arching racemes. Racemes are a simple inflorescence of individual flowers attached by short pedicels at equal distances along a central stem. The stems emerge from beautiful feathery green foliage.

And that’s not all - flowers of Bleeding Heart tell a story. While there are several versions, our favorite is the Cinderella tale. “When Cinderella was left behind, her Fairy Godmother gave her one of the flowers from the bleeding heart. The Fairy Godmother promised to make her a dress with puffy shoulders just like the flower she was holding. She then pulled the two halves of the pink heart apart and gave her the company of two bunnies. Next, she showed her two glass slippers and a stunning pair of earrings. Finally, she used the magic wand to make Cinderella’s dream come true.”

Tonkadale carries several varieties of the Bleeding Heart including ‘Gold Heart’ with chartreuse foliage, ‘Valentine’ with red flowers and stems, and the traditional variety as well. Don’t forget to fertilize your Bleeding Hearts with compost or Espoma Plant Tone each year. 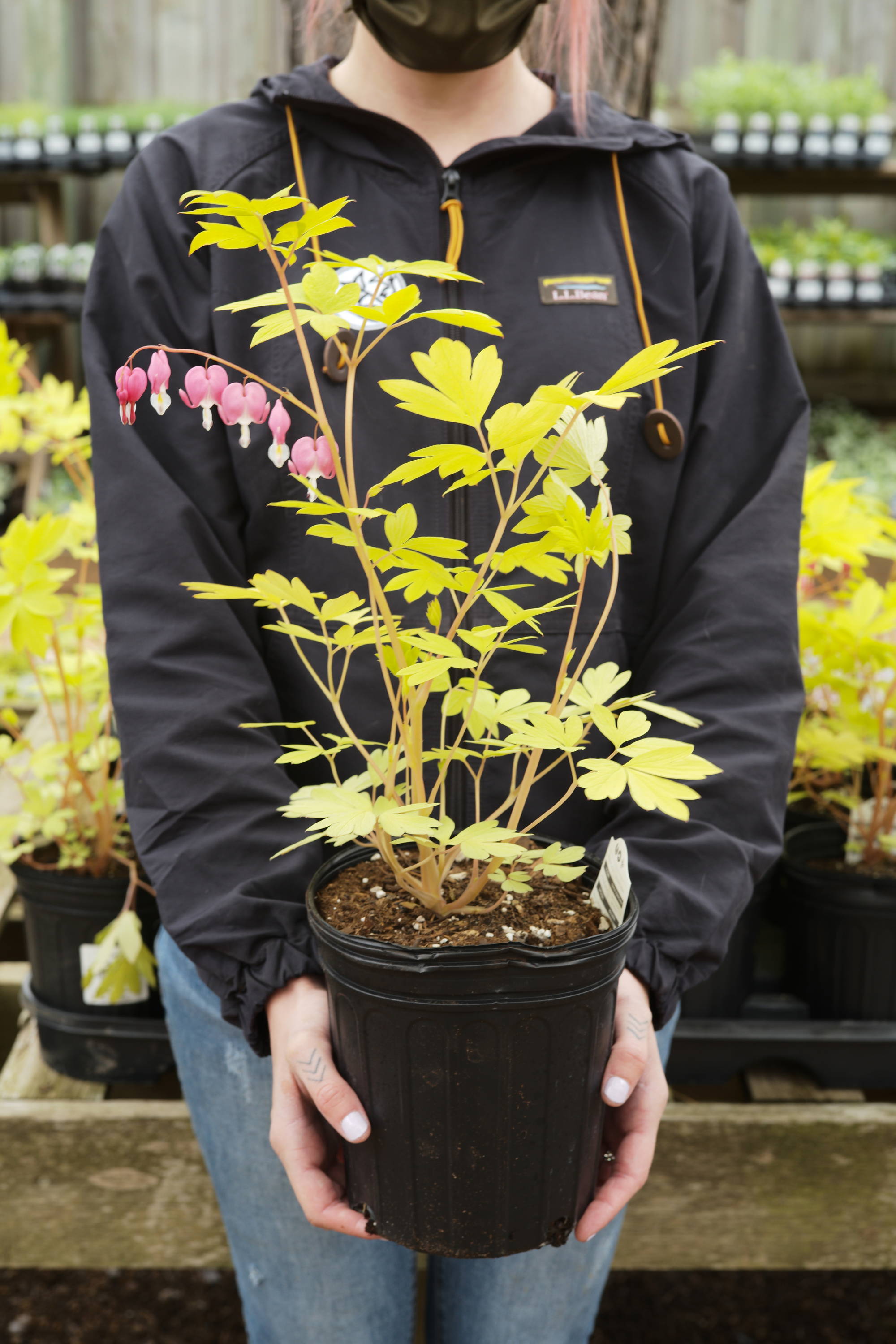